The record of the Newburg Fire Department, however, is also the record of achievement in which every member may take just pride. The beautiful firehouse, the up-to-date trucks and equipment, the finest rescue personnel & equipment, the park and events that take place there, the famous firemen’s picnic, the beautiful river cascading through the park and the history connected with them, all speak of the sacrifices of the members. They bring to our memory the chiefs and firefighters now departed who found solace and strength in the department which they helped to build in their hours of joy and sorrow.

Their example should not only command our admiration and gratitude, but prompt us also to follow them and emulate their example so that their work may stand as a lasting monument throughout the time to come.

As more settlers arrived and as Newburg grew, it became apparent that some sort of protection against fire would have to be furnished for the many buildings and homes being built, so the villagers began to make plans for a volunteer fire department.

In 1886, they purchased the first “fire engine”. It was a hand drawn cart made of wood. The water was poured into a wooden tank with buckets and then two men operated a hand pump to force a stream of water on the fire. The hose was carried on a separate reel cart.

It was on October 1, 1887, that the department was actually organized 15 signers met on that day and drew up Articles of Incorporation. The seven pages of the articles were written in long hand with a quill pen and notarized by P. Lochen, Justice of the Peace. The charter was granted to the Newburg Fire Department by the state of Wisconsin on November 21, 1887.

Following are some of the highlights from the Official Minutes of the Newburg Fire Department which date back to 1877, 10 years before they received their charters. 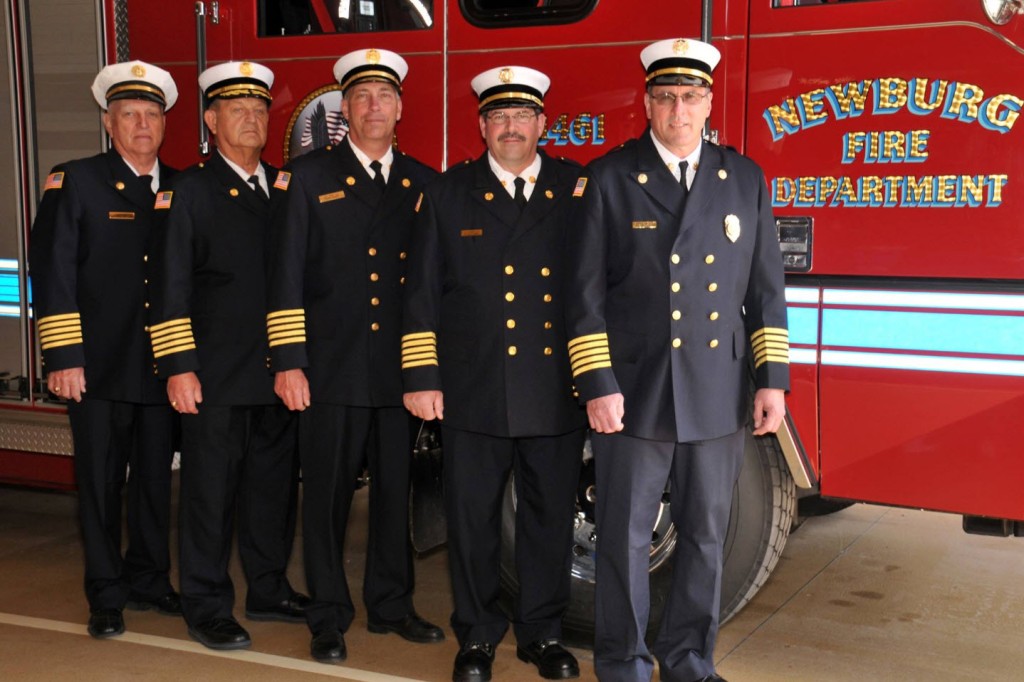